Exploration method based on the use of industrial magnetic field

Electrotechnical industry is a powerful source of the electromagnetic fields, which are formed during the electrical energy production, long-distance energy transmission, connection of different power consumers, converters and distributors. Penetrating into the geological section these fields contain information about it’s structure. Their influence radius reaches tens and more kilometers. This opportunity becomes the most relevant for the solving of the different geological problems under the conditions of highly urbanized territories, which are extremely unfavorable for applying the conventional geophysical methods. The realization of this idea concerns many scientists.

IMFmethod (patent №2568986) based on the use of industrial electromagnetic field of the fundamental frequency (50/60 Hz) and its harmonics (100, 150, 200, 250 Hz, etc.) formed by a set of various types of stationary industrial sources: power lines, transformer substations, etc. Theoretical calculations and works practice show that by using harmonics to 12-13 orders recorded using standard equipment, with an average longitudinal resistivity of rocks constituting 10-15 ohms ∙ m, it is possible to control the earth formation at depths of about 50 to 250 m. This field is characterized by a relatively high stability in time and weak attenuation with distance. 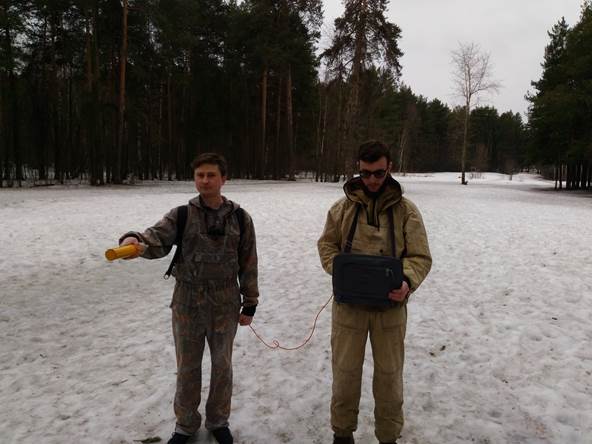 The process of field work

The main advantages of the method:

One of the first experimental measurements of industrial fields have been carried out under Verkhnekamskoye potash deposit in an emergency situation, in 2006, associated with the breakthrough of fresh water into the shaft of one of the mines and the start of its flooding. Allocated according to the IMF method anomalous zone extremely lower resistivity in the range of the depth of occurrence of  waterproof stratum, identified with the area of ​​the most probable development of the salt karst process, was confirmed later (approximately 9 months) by formation of one of the largest failures. These results confirm the information content of the IMF method.

Currently, Uralgeopole IMF method is constantly being improved and is widely used for various tasks: 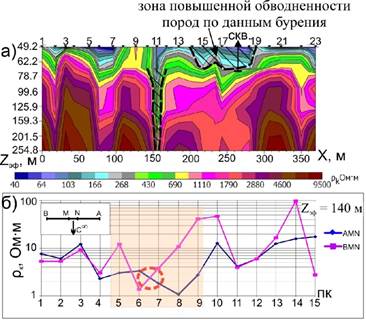 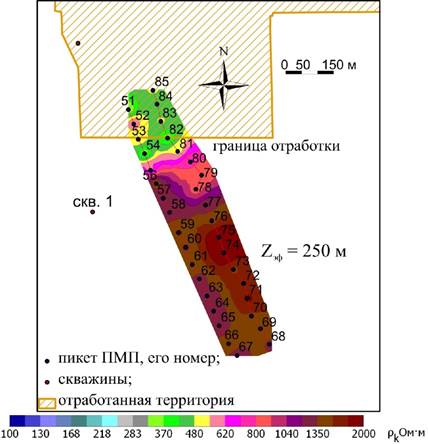 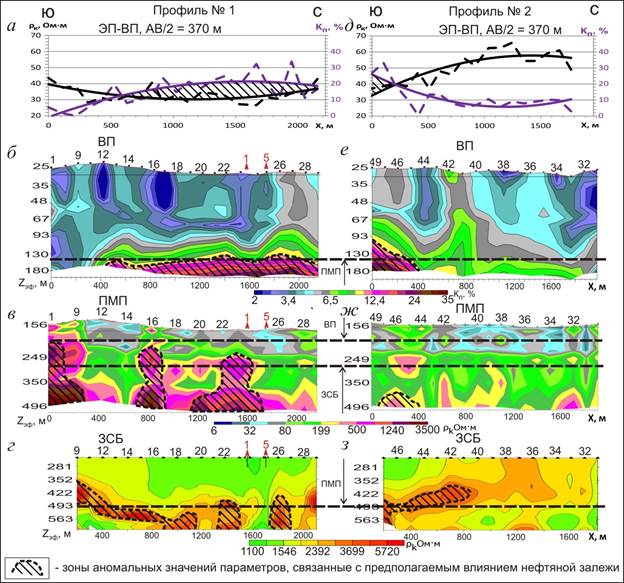 Example for the IMF method oilfield in conjunction with other methods 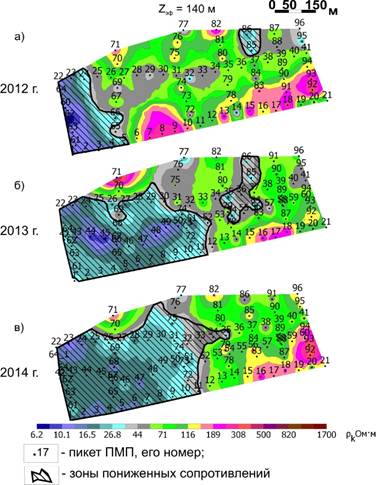 In general, the experience of the practical application of the IMF method and comparative analysis of the results obtained with the known information about the geological structure of the medium, the presence of underground technical facilities, as well as with the results of other methods to confirm its effectiveness in solving a number of geological problems, the possibility of increasing the efficiency and cost-effectiveness of integrated geophysical studies. The functionality of the IMF method allows you to organize a two-step process for performing the work, which includes a combination of regional survey data by providing operational zoning with the release of the most promising in the degree of anomalous areas, and then applying them together more laborious detailed methods to obtain the necessary additional information about the geological structure. This technology is aimed at the predictive assessment of the survey area economical and quite informative method provides a fundamental possibility of a significant reduction in labor costs, volumes and performance of the cost of work at higher informativeness results through the integrated use of complementary methods to aggregate prospective areas. 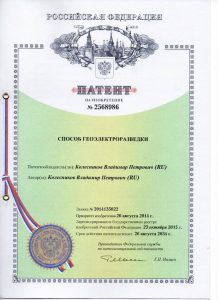 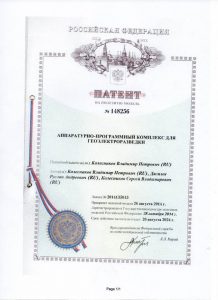 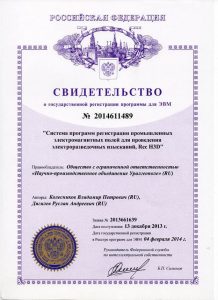 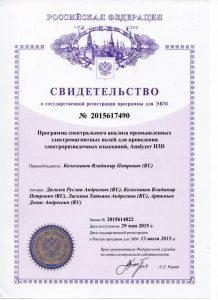